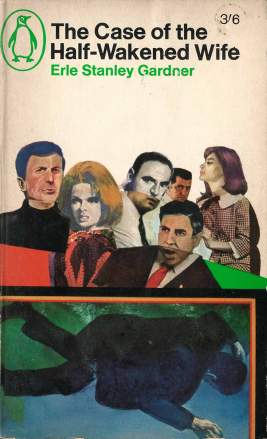 Gianetta Coppola was an Italian illustrator who worked in London for two decades. In the 1960s he did several stylish covers for Penguin during the short period when Alan Aldridge was art director. Some of his artworks, the original paste-ups used for printing the Penguin covers, can be seen at London’s Lever Gallery.

Original artworks by commercial illustrators, those sent to the publisher for repro and printing, are extremely rare. They were not considered to be “art” and were often discarded or lost along the way. Illustrators themselves frequently did not want them back to clutter up precious studio space, it was the finished product that mattered. These two examples, and many more you can see on the Lever Gallery website, are a welcome treat and they help you understand the process involved in commercial illustration.

Coppola (1928-2015) had a long and varied career, working in book cover design (for Penguin, Pan, Corgi and Granada), illustrating comics, working for ad agencies and also for newspapers such as the The Sunday Times. He even contributed to Playboy and Penthouse.

His work for Penguin is a little unusual for that publisher. It has the polish of mainstream magazine or advertising illustration and thus it has a hint of soap opera in the presentation of characters. But it combines that quality with the look of British Pop Art by painters in the 1960s such as David Hockney or Michael Andrews. So it seems that Gianetta Coppola was a modern artist working in a commercial realm.

2 thoughts on “The Case of the Coppola Covers”